Log in|Sign up
We ship worldwide
Have a question?
Dear customers and friends! Due to the upcoming holidays and global COVID situation, depending on your country, there may be some delays in delivery. Please plan your orders in advance. Currently we prepare and ship orders within 2-5 business days. Thank you all for waiting and support! ♥ 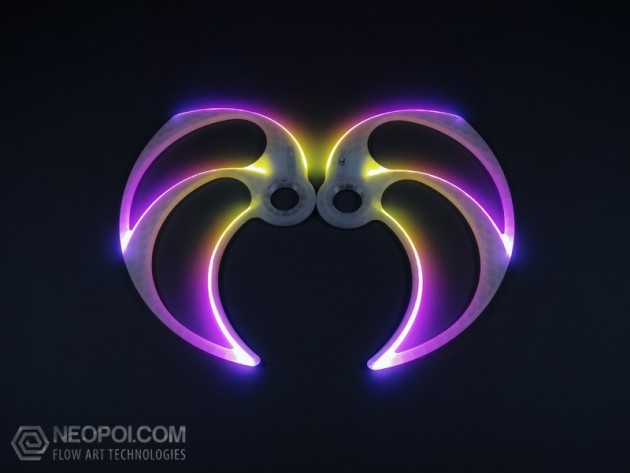 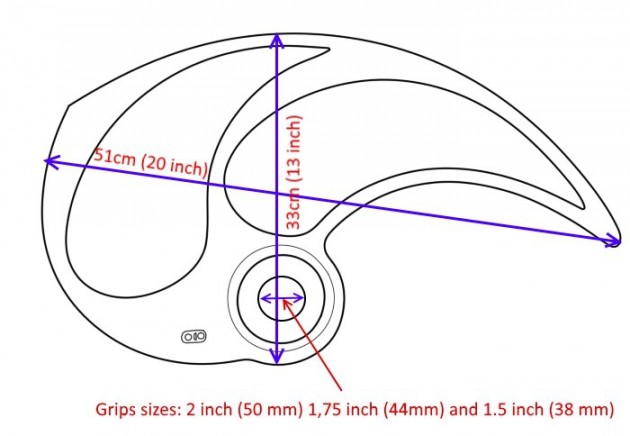 » How to choose the size of the grips in the Russian style? - Check this image
» This is SMALL FANS with TECH Grips (also as known as American style grips).
Check the dimensions of fans in product photo-gallery at this page. Hybrid modification with Russian grips available also.

This model of fans have a same same shape and functions as bigger one on this website, but made in smaller size.

Spiral Fans got its name for a reason, because the fans have a unique twisted spiral shape, which was designed by NeoPoi. The model will appeal primarily to fans of a non-standard and spectacular shape, which will certainly add unusualness and awesomeness to your flow performances!

The fans are fully programmable, you can create and upload your own effects, patterns and gradients, as well as edit the sequences and timelines.

! Technologically, fans at this page are pixel fans, but due to special aspects of their shape, they don't show a clear and complex image unlike the classic pixel fans as NeoClassic 26 Fans. Fans at this page just display to viewers stunning special effects, tints and gradients which looking incredible in their own way. If you want the similar clear image as on visual programmable poi sticks, with the same way images programming, perhaps model of fans NeoClassic 32 will be better choice.

PolyFans - New Generation of led fans 2020 for users of any level.

New PolyFans series has been developed in accordance with our long experience and taking into account all the feedbacks we received. Together with artists we tried to develop a unique series and new models! As distinct from more professional models, PolyFans series is suitable for the users of any skill level!

Due to our unique modern materials and polymers, PolyFans series is remarkable for its excellent durability. Comfortable handles of the fans are soft, but at the same time smooth and easy to grip. The material of the handles is nice to the touch, thus making the fans usage, spinning and holding a real pleasure!

Size, weight and balance. The middle size of the fans is suitable for the majority of the users. Comparing to the mostfans models can be found in the market, PolyFans model has low and optimal weight for long time spinning. In accordance with our engineers’ idea, the weight of the inside components is spread evenly throughout all the frame, allowing the fans to have a proper and amazing balance for spinning.

SPECIFICATIONS
What you'll get:
UNIQUE FEATURES OF THE NEOPOI ENGINE

Wireless synchronization (optional feature)
A modern feature of props. If you have this feature you can synchronize with each other any props including 2 items in the kit (such as poi, fans...). + Any other types of NeoPoi props used in a show can be synchronized with another, which allows you to start the show simultaneously pressing only one button.

NEO Smart Engine.
This is a set of "smart" functions which provide steady operation of props. The engine consists of: the protection against hand-ups, auto control of the correct system's operation, detection and correction of mistakes, simple firmware update and much more.

Automation
The function of automatic show-programs preparation will help to create a show-program easily and quickly! You just put the images in a folder, turn the function on and the program will be prepared with an automatic mode switching (6 sec.), the auto-interval can be changed as you wish.

Energy saving.
The energy saving mode will help you to make the working time 3 times longer by one click! It's a very convenient function for long journeys as well as for photo and video shootings or performances in the dark when high light intensity isn't needed or isn't comfortable.
OTHER KEY POINTS AND FEATURES

Show programs ( Timelines ) & Images preparing.
Create timelines with timing, enter the interval and the playback time. The repeat or switching off function will allow you to play the program once again or to put out the LEDs at the end of the show.
Images/Effects preparing. For images and effects editing, you don't need any special converting software. Connect the props to a computer like a USB drive and edit any image or show program with any editing program.

Realistic colors.
For the props we use exponential auto levels brightness correction. What does it mean? With the help of color correction, the image, in reality, looks almost the same as on the screen.

The viewing angle during spinning
The reflection system is created in a way that the necessary reflections are created due to the LEDs location, and they fill the darkening which appears during spinning!

Weight and dynamics
The weight is balanced. Props have the right dynamics and a necessary balance for performing professional and highly-skilled elements of any complexity.
we're on instagram
23 000+ Followers
Your question
Fill out the form and we will answer all your questions as soon as possible
Your request is accepted!

We will contact you within 1-2 business days or faster. If you don't receive a response, please check your spam folder!